My Summer of Keanu
#creativity

Back in May, I joined the Internet in swooning over Keanu Reeve’s cameo in Netflix’s “Always Be My Maybe.” I watched this delightful rom-com right around the time I was preparing to query my third novel. (Writing said novel, along with raising a now 18-month-old “baby,” and balancing the demands of a stressful but rewarding day job are reasons why this website has become a virtual ghost town.)

I knew from previous experience that querying agents sucks. Writing the best query letter I could, coupled with researching agents I wanted to query, meant I wasn’t going to have the time or energy to start a new writing project. But I was going to require some form of creative distraction to maintain my sanity in the midst of a process that can be equal parts stressful and discouraging.

So, with the Keanussance in full effect, I convinced myself watching every one of Keanu’s movies was the zeitgeisty diversion I needed. Now, with the season newly over, I’m celebrating completing this absurdly ambitious cinematic undertaking by sharing a few takeaways from my most excellent Summer of Keanu:

Crushing on a young Keanu

I want to time travel back to 1994 and tell a young Gail that instead of developing her first celebrity crushes on Brad Pitt in “Legends of the Fall” and Christian Bale in “Little Women,” she should have been falling for a young Keanu as Jack Traven or Johnny Utah or Scott Favor instead. I made up for lost time this summer, spending as much time as I did staring at this star’s absurdly beautiful face:

There’s no shortage of lists ranking Keanu’s films (I appreciate the humor and order of this GQ one), but I can’t complete a project like this one without highlighting my own favorite Keanu performances:

SPEED: I hadn’t seen this movie since the ’90s, and now, as a writer, what struck me most on my rewatch was how intense the plot is. If I taught a screenwriting class, I’d make my students dissect the script. Every scene ups the stakes, and I felt that this time around. It’s one of the greatest action movies of the ’90s for a reason (and Keanu and Sandy’s crazy chemistry sent me down a YouTube rabbit hole I’ll write more about in a minute).

JOHN WICK: Could any other actor pull off a character like John Wick? I don’t think so. Watching the three movies in this franchise proved that not only is Keanu one of the greatest action stars of all time, but that his own tragic life circumstances connect him—and us—to the melancholic backstory of this well-groomed assassin we love to root for (and whose origin story has a fascinating Midwestern connection).

THE MATRIX: If only 17-year-old Gail could have known what a wise decision it was to spend nearly every weekend of her junior year at the theater, enjoying the best movie year ever. When I first saw “The Matrix” 20 years ago on a date with my high school boyfriend, I was too distracted by its groundbreaking visual effects to fully appreciate its mind-bending plot. This time around, rewatching the original (and, for the first time, its sequels) I became a super fan not only of Neo but of the timeless themes of love and self-sacrifice that dominate these films.

POINT BREAK: It boggles my mind that, with an older sister who coerced her little sister into fangirling hard for Patrick Swayze in the ’80s and ’90s, I never saw “Point Break” before Summer of Keanu. Now I can’t decide what I love most about this badass action flick: Kathryn Bigelow’s trailblazing role as its director, Bodhi’s bodacious lion’s mane of hair, Keanu’s beautiful bod in a wetsuit, or how many times I’ve already recited my favorite lines with fellow fans of the film.

MY OWN PRIVATE IDAHO: I was too young to stan River Phoenix in the ’90s, so I was unprepared for the beauty of him and Keanu in this film together. To sum it up: Every time they shared the screen my face felt like it was melting off. Watching this, I found myself grappling to understand the story Gus Van Zant was trying to tell: was it a Shakespearean retelling? a documentary about gay street hustlers? a buddy flick? (Answer: all of the above.) This queer masterpiece became the Keanu film I thought most about this summer. It’s a genre-bending indie that memorializes the chemistry between Keanu and his brilliant best friend, a talented actor whose star was snuffed out far too soon.

I don’t know what’s more ridiculous to admit: that I typed this list up and kept it on my phone all summer, or that I felt a tremendous sense of satisfaction every time I crossed another one of Keanu’s (sixty!) films off of it:

Keanu trivia (is a thing I’m good at)

Bless my husband. He was such a good sport about Summer of Keanu.

Like the time in July when I was suffering from an allergic reaction to a medication. Nick drove me home from work that day, gave me Benadryl, stayed with me to make sure things didn’t get worse, and then sweetly asked, “Want me to watch ‘Bill and Ted’s Bogus Journey’ with you?”

Or, a few weeks later, when he texted to share his favorite bar in town was having a Keanu-themed trivia night:

Reader, not only did we win the title of being excellent, but I snagged us a gift card for answering the most questions (23 out of 26) about Keanu correctly.

The Keanu Rabbit Hole is real

You watch “Speed” and decide your next Keanu flick needs to be “The Lake House.” Afterwards, you want to spend a little more time waxing nostalgic about these two, so you head to YouTube and first find this:

Which leads you to this interview. Followed by this interview. And the next thing you know, it’s after midnight, and your butt is still suction cupped to the couch because suddenly you’re reading the comments and …. yeah, that’s the Keanu rabbit hole in a nutshell.

I enjoyed falling down it every bit as much as I did watching Keanu’s films, especially when it turned up obscure gems like this bizarre, barefoot interview.

My final creative takeaway from Summer of Keanu

The Internet is rife with plenty of takedowns of Keanu and many more defenses of him. (This one is a personal favorite.) While this project may have turned me into a Keanu apologist (in that I think he’s been in far too many great movies to be a bad actor), even I had my limits. (For example, there’s no reason a movie like “Generation Um” needs to exist.)

But, as a creative myself, I came to realize what a rewarding trip it was to plow through an artist’s entire body of work.

What I learned from Keanu Reeves is that he is an artist deeply committed to telling stories (no matter how good or bad those stories may turn out). As I collect rejections for my third manuscript, and begin mining my imagination for what book I want to write next, I am inspired by his hunger to keep going. It makes me want to keep telling my own stories, too.

So, thanks for that lesson, Keanu … for gifting me a summer that was as distracting as it was fun—a summer that, in ways I could never have anticipated, proved as meaningful as it was memorable. 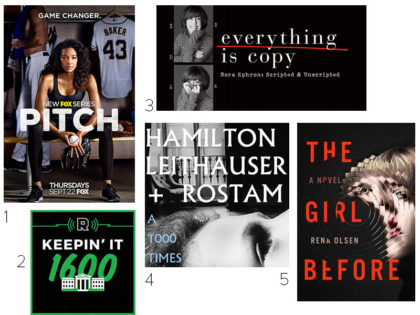 This fall has been caps lock ROUGH, am I right? As someone who’s #stillwithher, the presidential election felt like a complete sucker punch to the gut. It also stripped my desire to be creative. For a while there, this WIL post that had been kicking around in my head felt so inconsequential and pointless, I did everything I could to avoid touching my website. But in the past two weeks, I’ve come to realize the main reason I love doing … 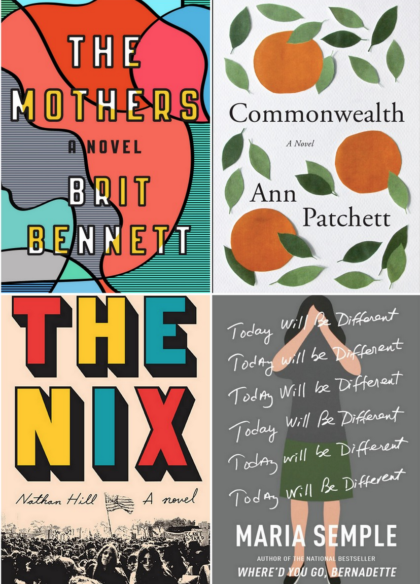 Fall isn’t even here and already it’s been the start to what’s shaping up to be a BUSY season—primarily because Nick and I are gearing up for our trip to ICELAND! For the first time in recent memory, I’ve set aside fiction for guidebooks because of the amount of planning I’m putting into this epic adventure of ours. Hope to write about the experience on the other side, but for now—and until I can dive into them—here is my latest … 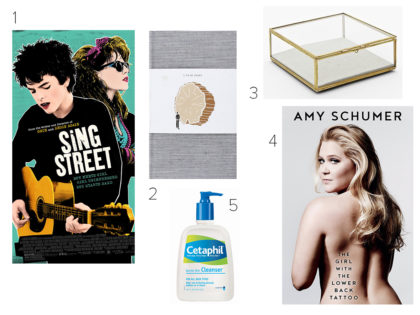 Between a writer’s conference in July and the demands of a day job as a writer at a university that saw its students return to campus in August, these past few weeks have been a blur. Popping onto the blog to share a few new things I’ve been loving these hot and hazy days of summer! 1) Sing Street: When I heard director John Carney had a new film out (he of Once and Begin Again fame), I was ALL ABOUT … 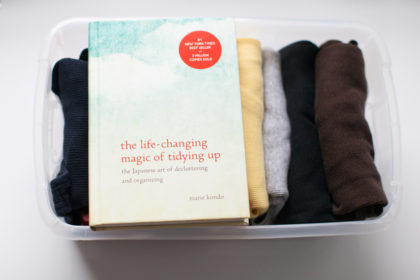 I’ve reached a point in life where I’ve become a proponent of living small. My husband and I own an 1,800 square-foot ranch and I’m convinced I may never want a larger home. Mainly because living small frees up the part of my mind that would otherwise be occupied with a need to keep up with the Jones. Also, housework. (I can clean my house top to bottom in an hour. Adding a second story and basement? With all those extra bedrooms to sweep …